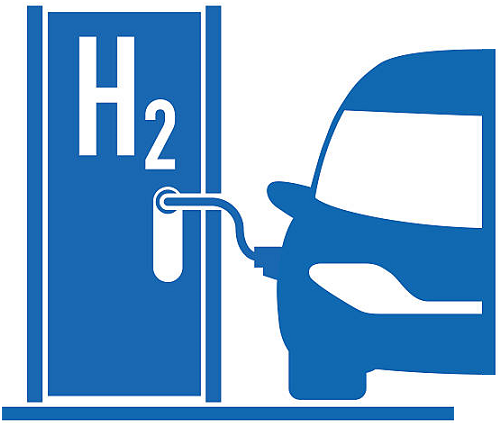 The world is recognizing that no single alternative energy platform can support global energy needs. Hydrogen is gaining momentum as a critical, sustainable energy source.

Just this week FEV opened a hydrogen fuel pump in Germany and is scheduled to open 100 more by 2020.

Hydrogen can be produced from diverse domestic resources with the potential for near-zero greenhouse gas emissions. Once produced, hydrogen generates electrical power in a fuel cell, emitting only water vapor and warm air. It holds promise for growth in both the stationary and transportation energy sectors.

About half of the U.S. population lives in areas where air pollution levels are high enough to negatively impact public health and the environment. Emissions from gasoline and diesel vehicles—such as nitrogen oxides, hydrocarbons, and particulate matter—are a major source of this pollution. Hydrogen-powered fuel cell electric vehicles emit none of these harmful substances—only water (H2O) and warm air.

The environmental and health benefits are also seen at the source of hydrogen production if derived from low- or zero-emission sources, such as solar, wind, and nuclear energy and fossil fuels with advanced emission controls and carbon sequestration. Because the transportation sector accounts for about one-third of U.S. carbon dioxide emissions, using these sources to produce hydrogen for transportation can slash greenhouse gas emissions. Learn more about hydrogen emissions.

Hydrogen’s energy content by volume is low. This makes storing hydrogen a challenge because it requires high pressures, low temperatures, or chemical processes to be stored compactly. Overcoming this challenge is important for light-duty vehicles because they often have limited size and weight capacity for fuel storage.

The storage capacity for hydrogen in light-duty vehicles should enable a driving range of more than 300 miles to meet consumer needs. Because hydrogen has a lower volumetric energy density than that of gasoline, storing this much hydrogen on a vehicle currently requires a larger tank. Learn more about hydrogen storage challenges from the Fuel Cell Technologies Office.

To be competitive in the marketplace, the cost of fuel cells will have to decrease substantially without compromising vehicle performance. A few years ago, it cost more than $1000 to produce a single kilowatt of power from hydrogen fuel cells. Last year, the U.S. Department of Energy reported costs had dropped drastically to $53 per kilowatt.

The cost to build and maintain hydrogen stations also needs to decrease for the market to be able to support a hydrogen economy.

Laws and incentives regarding hydrogen fuel vary from state to state and at the federal level in the U.S., check with the U.S. Department of Energy.

Of course, there is much more to be done, and challenges remain. The global hydrogen infrastructure has a long way to go, and hydrogen stations remain limited and regionally concentrated. To locate current hydrogen fueling stations worldwide, click here.